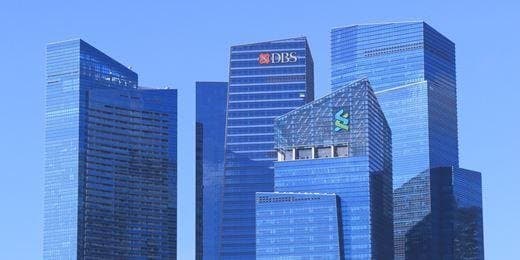 Rebates on bond sale in private banks will fade, according to the president of Singapore’s Association of Independent Asset Managers (AIAM), who believes the advisory model will remain pertinent in Asia.

Speaking to Citywire Asia, Steve Knabl said: ‘The rebates model will slowly reduce, and possibly disappear, because people are realising that’s not the way to go.

‘The regulators here will put restrictions on it, if they don’t abolish it completely.’

They are also expected to set out a maximum and minimum dollar amount or percentage range for all applicable fees, charges and quantifiable benefits, with full disclosure.

‘For transactions where a covered person or entity receives rebates for the sale or distribution of primary issuance of bonds, it should specifically disclose such benefits to the client prior to or at the point of sale,’ the private banking code of conduct of the Association of Banks in Singapore noted.

Moreover, Knabl believes the push for discretionary portfolio management by private banks will only go so far.

‘Advisory is here to stay, and more and more EAMs are advising clients to pay fees so advice is not brokerage-driven and stays independent. DPM will never be 90%-100% in Asia because of the nature of wealthy clients here.’

For EAMs in Singapore, the advisory fee ranges from 25-75 bps of the AUM. The performance fee is usually about 10% above a hurdle, said Knabl.

It has over 60 ordinary (EAMs) and associate (service providers) members in Singapore.

Working with private banks
While most private banks in the city-state have robust services, especially the ones with EAM desks, there is one area where there is want for improvement, according to Knabl.

‘Private banks need to turn up their knowledge by a notch when speaking to EAMs,’ he said.

‘So if I, as a seasoned private banker, speak to someone in a private bank, I want them to know exactly what I’m talking about rather than having to explain everything.’

However, Knabl is impressed with Swiss banks and Singapore private banks when it comes to servicing EAMs.

‘Bank of Singapore and UOB Private Bank have decided to build out teams to service EAMs. If I were to speculate, I think BOS is going to be extremely active in this space in the coming years.

‘DBS has taken on teams from Societe Generale. They have a commitment to build it out but they are not extremely active for now. DBS is a serious player and we want to work with them as well,’ he said.

‘Vontobel, Pictet, Credit Suisse, Deutsche Bank, Lombard Odier, LGT, and hopefully some other local banks  in the near future, are willing to partner up with us,’ he said.