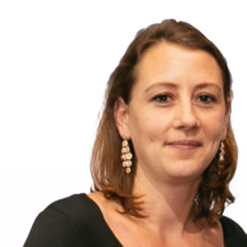 Lucie Hulme is a French national, raised in Singapore, France and Switzerland.

She was part of the founding team of TriLake Partners in 2011 and has more than 16 years of experience gained in the independent asset management and private banking industry.

Prior to joining TriLake Partners, Lucie was a relationship manager at Société Générale Private Banking (Suisse) S.A. She also worked for the Middle Eastern desk at Crédit Agricole (Suisse S.A.) and for an independent asset management firm based in Geneva, The Forum Finance Group (Suisse) S.A.

Lucie has been in the Committee of the Association for the past 7 years, where she held the positions of Honorary Secretary and Vice President.